Cats who reside in story

The tragedy of keeping house with cats is that their lives are so short in comparison to our own.

On Friday, Marlene and I put Sophie to rest; today, LaZorra. Four years ago, we lost Erasmus; before that, Scheherazade and Jennyfur. At the moment, we have just one, Amelia. It was a relief that she got a clean bill of health on Saturday… but she is nonetheless sixteen years old. The inexorability of time weighs heavily on me today.

I have no belief that there is any continuation of thought or spirt or soul after the cessation of life; the only persistence I know of for our cats is in the realm of story. And it is not enough: I am not good enough with words to capture and pin down the moment of a cat sleeping and purring on my chest or how the limbs of our little feline family would knot and jumble together.

Words are not nothing, however, so I shall share some stories about the latest to depart. 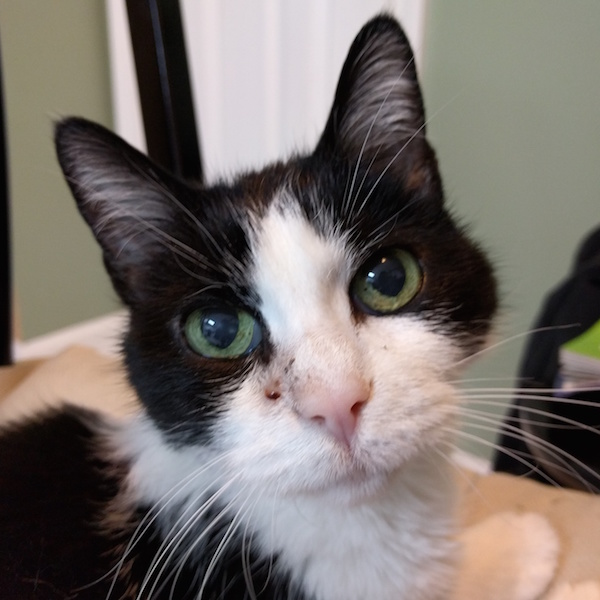 LaZorra was named after the white “Z” on her back, as if some bravo had decided to mark her before she entered this world. LaZorra was a cat of great brain, while her brother Erasmus was not. We would joke that LaZorra had claimed not only her brain cells, but those of her daughters Sophia and Amelia. (Who were also Erasmsus’ children; suffice it to say that I thought I had more time to spay LaZorra than was actually the case).

Although she was a young mother, LaZorra was a good one. Scheherazade was alive at the time and also proved to be a good auntie-cat.

But really, it took only one cat to train me. For a while LaZorra had a toy that she would drag to me when she wanted me to play with her. I always did; morning, afternoon, evening, at 2 in the morning…

Well, that was Marlene reminding me that once I taught a cat that I could be trained to play with her at two a.m. that there would be no end of it—nor any rest for us—so I did not end up being perfectly accommodating.

But I came close. LaZorra knew that she was due love and affection; that her remit included unlimited interference with keyboards and screens. And in the end, assistance when she could no longer make even the slight jump to the kitchen chair. 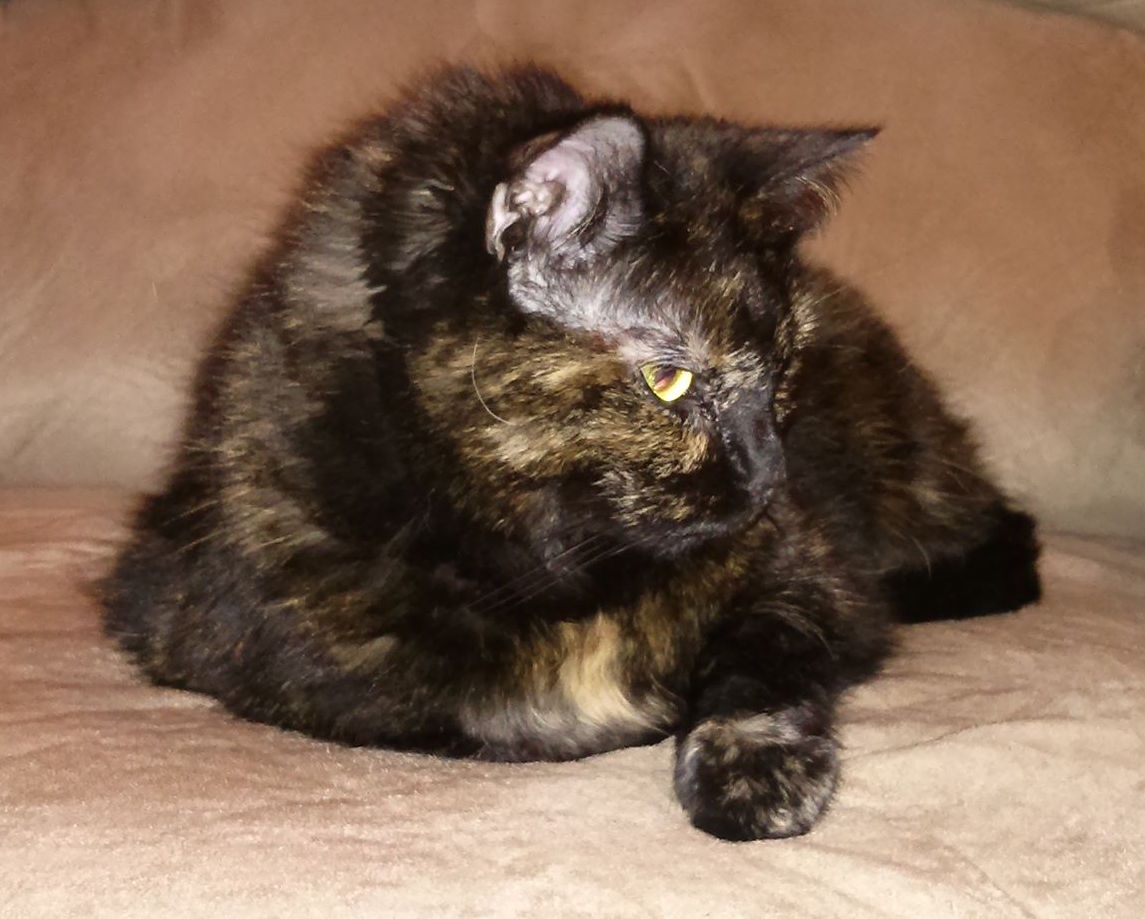 When we lost Erasmus to cancer, Marlene and I were afraid that Sophie would inevitably follow. For her, Rasi was her sun, moon, and stars. We had Erasmus euthanized at home so that the others would know that unlike the many trips for chemo, that this time he was not coming back. Nonetheless, Sophie would often sit at the door, waiting for her daddy to come back home.

She never stopped doing that until we moved.

It was by brush and comb, little by little as she camped out on the back of the couch, that I showed her that humans might just possibly be good for something (though not as a substitute for her daddy-cat). It is such a little thing, but I hold it as one of my personal accomplishments that I helped her look outward again.

Eventually those little scritches on the back of the couch became her expected due: we learned that we were to pay the Sophie-toll every time we passed by her.

Both LaZorra and Sophie were full of personality—and thus, they were often the subjects of my “Dear Cat” tweets. I’ll close with a few of them.

Butter to LaZorra was as mushrooms to hobbits:

There is no butter left.
There was no butter.
Butter never exists.
Butter? What's that?
(May I eat breakfast in peace?)

At times, she was a little too clever for her own good:

Precision in eating the pill pocket around the pill is NOT a virtue.

Sophie was the only cat I’ve known to like popping bubblewrap:

Carry on, carry on. No need to stop popping that bubble-wrap on my account.

Er, why are you looking so guilty?

If you persist in chewing on that cable, I will be unable to post your picture on the internet, and that is just not allo

Out of the suitcase, please. It suffices for me to bring your legend to #alamw16; your fur is optional.

And, of course, they could be counted on to help with computation:

I'm not sure even Google can turn up useful results for the query "ssser xzssfcvvvd|{PO? (99999"

They both departed this world with pieces of our hearts in their claws.

Cats who reside in story by Galen Charlton is licensed under a Creative Commons Attribution-ShareAlike 4.0 International License.

One thought on “Cats who reside in story”